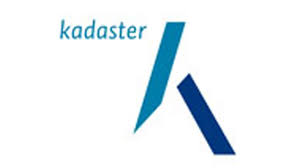 Description of the project in which the employee is put to work:
Background Information
In the past Kadaster has developed a Land Administration and information System, called LAIS, for the government of Rwanda, especially the organization National Land Centre, responsible for land governance at that time. Nowadays the organization Rwanda Land Management and Use Authority (RLMUA) is responsible for land governance and owner of the LAIS system. The IT department, to support RLMUA in that, is located in the Ministry of Environment.

LAIS system
The LAIS is system is developed from about 2009 and onwards and has an Administrative part, where the information about the Parcels and the Rights of Persons (Natural and Non-natural (Organizations) are recorded and a GIS part where the boundaries of the parcels are recorded. Both parts of the system are integrated for some transactions like division of parcels, merging and boundary correction. Transactions can be started form the IREMBO portal as well as directly from LAIS. The aim is to make it possible that all transactions can be started from IREMBO. at the end of the transactions that will change the rights for a parcel, a (new) Certificate (title) will be printed for the owners of the Parcel. The aim is to create an E-title in the future.

Land at Scale
The project for which the function is required, is part of a Land-at-scale project of the Dutch Kadaster with Rwanda as the beneficiary. (See https://english.rvo.nl/subsidies-programmes/land-at-scale). One of the activities is ‘making existing and new land-based investments inclusive and sustainable’.

In order to achieve this goal, strictly conditions are set to RLMUA to make sure that developers, that can take over the system maintenance, are available on time. If not, the support will stop before the goal has been reached.

The LAIS admin part has been rewritten in 2018. The IDE (Integrated Development Environment) is a tool used for writing code. The whole system was developed using either Visual Studio Code or NetBeans. All source code is stored and managed on Gitlab.com using git repositories.

LAIS admin is build on NodeJS. NodeJS is a Javascript server side framework. LAIS uses PostgreSQL as the backend DB. MomentJS is used for date manipulation. SOAP is used for interconnection to other systems, this is partly replaced by the use of REST/Json and will be replaced further. PDFMAKE is used to generate PDF documents. UNIREST is This module is used to interact with resources via http protocol that are not on the rlmua servers or domain. For example, it is used to send SMS’s , connect to the internal NIDA gateway and send notifications to parties like IREMBO. Passport is the module that forms the backbone of the authentication of the web application. Microsoft Active Directory is used for authorization. DOCKER is used to deploy and run LAIS. The entire front end is constructed using ExtJS version 6.20.

LAIS GIS is composed of 2 major components that interact and depend on each other.

1. ArcMap Extension: This is ArcMap extension used to manage the workflow of all transactions through the system. It is build using Arc Objects and can be accessed by all authorised users at RLMUA and their satellite offices elsewhere – provided they are connected to RLMUA through a VPN infrastructure.

2. Webservice: The webservice provides images of the parcels and or transactions.

As development environment for C# Microsoft visual studio 2017 is used. Arc Objects API’s are available through Arc Objects SDK. The extension for ArcMap is built in C# using ArcObject API
NPGSQL is used for communication with PostgreSQL DB

Assignment description
For the execution of the project activities in the Land at Scale project in Rwanda, you as System engineer / developer are the designated person to realise the project objectives on behalf of Kadaster International.

This has to be done in strong cooperation with the System engineer – GIS developer. You will be guided for the work by the Business / IT architect from Kadaster.

The most important tasks and responsibilities are:

The Netherlands’ Cadastre, Land Registry and Mapping Agency – in short Kadaster – collects and registers administrative and spatial data on property and the rights involved. This also goes for ships, aircrafts and telecom networks. Doing so, Kadaster protects legal certainty. We are also responsible for national mapping and maintenance of the national reference coordinate system. Furthermore, we are an advisory body for land-use issues and national spatial data infrastructures.

Kadaster performs its public tasks in service of society. This is reflected in the way we are organised and the ways in which we publicly account for how we work.